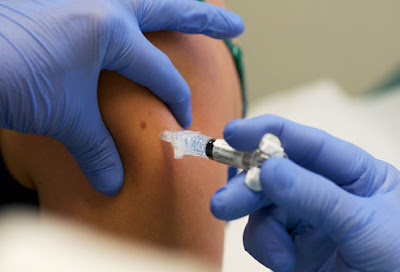 During a recent medical check-up, my doctor advised that my husband and I have the DTP shot–Diphtheria, Tetanus and Pertussis (whooping cough).  “Especially if you’re going to be around newborn babies,” she cautioned.

Since we are being blessed with two brand-new grand babies within two months of each other, we decided to lean on the side of caution and get shot–for the sake of Evelyn Elizabeth and Baby James. Today I have a nagging ache in my upper right arm, a reminder of yesterday’s visit to the health clinic. The guy who said “love hurts” may have been on to something.

My consternation over the whole shot thing came when I learned that our country has experienced a revival of whooping cough, measles and TB. I thought those maladies were conquered years ago! How did they creep back into our country?

No, I’m not going political in this blog. However, it’s no secret that the recent flood of immigrants has reintroduced certain viruses that had been under control for decades. In taking a closer look, we can see a couple of similarities between our nation’s borders and ‘”borders” of protection that we should establish for our own mental, emotional and spiritual protection.

1. Caution vs. compassion – When Ellis Island opened in the late 1800s, it became the protective border for the U.S.   Immigrants were screened and examined. Those deemed too unhealthy to enter were deported. Today some might consider such screenings as a lack of compassion or an invasion of privacy. But, think about it. A cautionary physical exam was probably the most compassionate act any immigrant could have received. Contagions were discovered and treated immediately.  It was healing for them and protection for others.

Be careful that your compassion doesn’t go overboard and you allow unhealthy, infectious people into your life who remain a danger to themselves, as well as to you and others. Sometimes caution is the greatest act of compassion.

2. Changing values – During the years of the heaviest immigration, only around 2% of aliens were deported, as Boards of Special Inquiry screened each case.The boards were not so much concerned with preventing immigration as they were with preventing the immigration of those who might become public charges. (See article at www.devlin-family.com/EllisHappened.htm) America was the land of opportunity and it was expected that immigrants would work hard to make the American Dream a reality. Today, our immigration laws are much more relaxed and the expectation of hard-working immigrants has been traded for generous government handouts whether people work or not. This is very unfortunate, because people who don’t work won’t develop muscle, and they end up  becoming weak and dependent.

It is vital that we establish unchanging, unrelaxed values in our own lives. For example, who am I willing to help? When should my assistance end? What do I need to see from them to determine if my support should continue? Without our own solid, consistent values, we can easily enable others rather than empower them; and the values they create for themselves will be weak or, worse, non-existent.

Our country has changed and will continue to do so. Whether or not we agree with the direction our nation is headed, we all need a periodic dose of reality to remind us that disregarding cautionary actions or breaching our own values weakens our boundaries. I would rather endure an inconvenient  shot of reality than live in unhealthy oblivion.

If I allow open borders in my life, Evelyn Elizabeth and Baby James could be exposed to something more harmful than whooping cough.