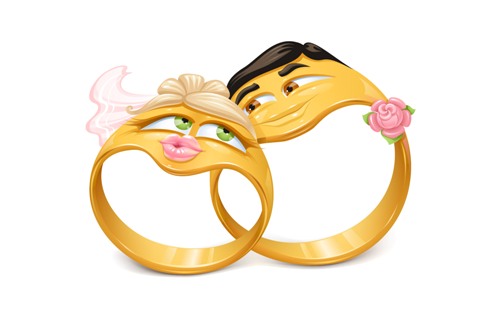 It takes a lot to get my ire up, but this guy came very close. Around three years ago, he introduced me to his pregnant girlfriend. “This is my baby mama,” he bragged. “Baby’s due in six months.” I smiled at the young girl who shyly smiled back.

A few months later he informed me, “Hey–I have a six-month-old baby.” I was a stunned. “Did your girlfriend have her baby already?” I asked, wondering if maybe she was more than three months pregnant when I met her.

“Oh, no,” he said. “That baby mama not due until June. My six-month-old baby was one I didn’t know I had until last week.” Before I could stop myself, I responded, “You know, when God said to populate the earth, I think He meant to get married first.”

A couple of months ago I ran into the same guy. Puffing out his chest he said, “Hey! Guess how many kids I have now. Five! And the oldest one is two.” I silently tried to digest this mathematical conundrum. “What do you mean? How can you have five children ages two and under?“

“Three baby mamas. Three baby mamas and five babies,” he boasted like he was waiting for me to give him an Emmy or an Oscar or whatever award would be given to reward such behavior. I blurted out, “Look . . . You gotta close this thing up. That’s too many babies with too many women.”  I know. It was a bit blunt, but someone had to say it. Once he realized I wasn’t going to sing accolades about his exploits, he turned and walked away. I haven’t seen him since.

When does it stop? I’m not just talking about this young guy who thinks making babies is his life’s mission. I’m talking about the loss of morality that is culminating in unfathomable decisions with often serious consequences.

Did you know that 78% of abortions in the United States are performed on unmarried women? (see www.abortionfacts.com) Freedom of choice? Couples make their choice when they decide to sleep together without fully considering the end results.

While the family unit disintegrates and the percentage of single-mother pregnancies soars, the so-called experts beat around the bush by offering ineffective solutions such as “shotgun weddings” (where you immediately marry the girl you get pregnant), readily-available contraceptives, or government-funded abortions.

One contributor posted on the Dads’ Rights Newsgroup blog site, “Since the decision to have the child is solely up to the mother, I don’t see how both parents have responsibility to that child.”
Whatever happened to taking responsibility for one’s actions?

The wedding night used to be sacred. Now it seems there is no such thing because the anticipated “wedding night activity” occurs long before the marriage takes place. Even King Solomon knew the importance of waiting when he said three different times, “Do not arouse or awaken love until it so desires.”

At the risk of sounding outdated, why not take the safest, sanest route–wait until marriage to have sex. Good Ol’ Fashioned Abstinence. What if parents educated their kids about moral values instead of wimpy reasoning like, “Well, they’re gonna have sex anyway, so they might as well have it here at home instead of in the back seat of a car”? What if teens grew a spine instead of surrendering to peer pressure by compromising, “Everyone is doing it. I want to be accepted”? What if  self control was once again respected instead of rejected?

So, here’s my old-fashioned advice: Guys, respect your woman by showing enough self-control to insist that you both wait until after marriage to express your love in a physical manner. Gals, don’t you dare lower your standards by letting any guy anywhere call you his “baby mama” until he makes you his wife first. It’s the proper and healthy order of things.

I hope someone out there agrees with me.  Can I get an Amen?